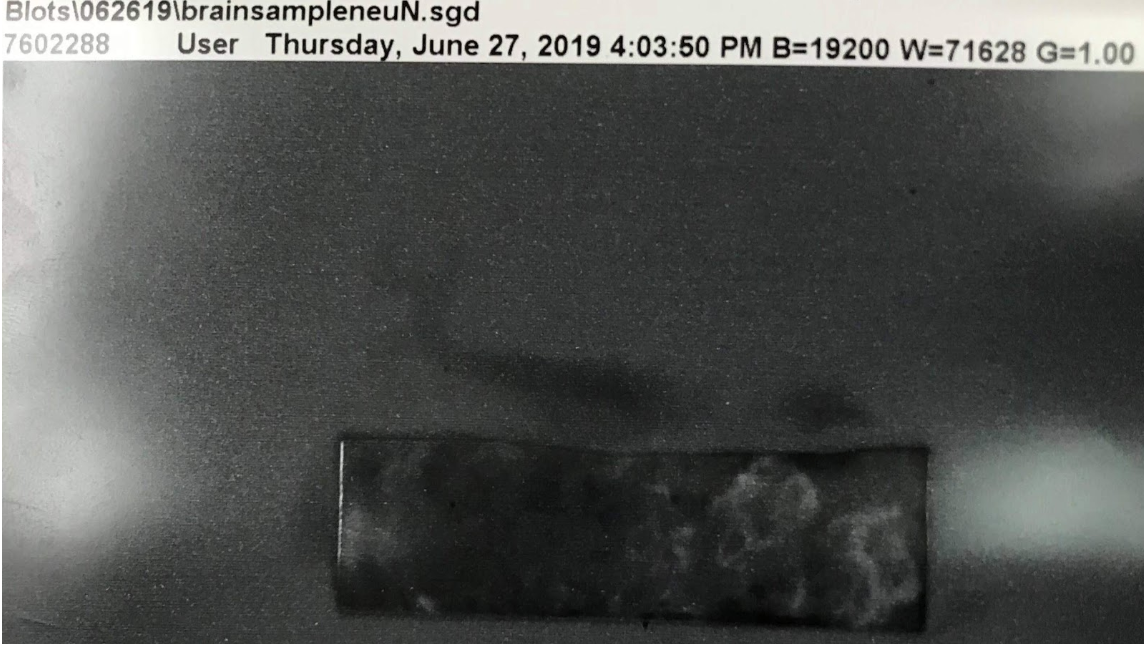 It’s truly been a hot second since I’ve started neuroscience research this summer. I wanted to use this chance to find out what being a researcher is really like, and then figure out if I was actually going to go through with becoming one. Six weeks feels like forever during the summer, so you would think that I would have my life together by now and my future gloriously laid out in excessive, CDO-approved detail…But life never unfolds that easy.

In addition to hoping for Life-Altering Self-Discoveries™, I’m (still) trying to achieve, within the few meager weeks left of my program, some significant data. A lot of the labs in the neuroscience department here at Rutgers investigate neurodegenerative disorders like Alzheimer’s disease and Traumatic Brain Injury. My lab in particular studies Parkinson’s disease, which is the second most common neurodegenerative disorder and is characterized by motor dysfunction. On a cellular level, many neurons in an area of the brain called the Substantia Nigra begin to die (among a whole host of other symptoms).

I’m working with brain cells called astrocytes, which are really different from neurons. Shaped like stars (hence “astro”), astrocytes are known for their ability to provide nutrients for neurons. In the past, researchers often ignored them in favor of the flashier neurons (which are literally flashy because of their electric action potentials!). But recent papers are finding that astrocytes do a lot more than just feeding neurons; astrocytes help create long term memories and perform other higher cognitive functions. We’re finding that we don’t even know what we don’t know about astrocytes’ role in our brains, especially under the duress of complex neurodegenerative diseases. Astrocytes are so mysterious and novel and seem to have so much potential (even without the action potentials) for future medicine, so I was thrilled to learn more about them this summer.

But speculations about astrocytes are all well and fun until you actually start conducting experiments and trying to collect data on them. The reality is that even just growing astrocytes is a two week-long struggle—and this doesn’t even include obtaining data. Not to mention, my experience in lab leaves much (much) to be desired in terms of experiments too. My mistakes and troubleshooting have eaten up huge chunks of time. Recently something’s been off with how I’m collecting astrocytes and analyzing their proteins, so I have pitifully few of either, despite trying to follow the procedures as closely as possible. This lack of data and fear of failure may explain why I am currently sitting in my lab, by myself, at 9 p.m., writing this article at my bench while waiting for my reactions to occur rather than doing normal human things, like eating dinner.

As a typical Vassar student that’s gone through more than a couple exam seasons, I’m hyper aware of the need for self care. But self care is suddenly hard to practice in an environment where students around you are constantly producing data, and you’re sitting there wondering why your eighth membrane still won’t react. A growing sense of guilt also churns in my stomach as I run array after array of experiments with absolutely nothing to show for it. What if my PI and the summer program think that it was a mistake to take me? How could I repay them for giving me the chance to conduct research?

At the same time, it’s the nature of science to have a 5,000,000:1 ratio of failures to successes (or “success” singular). In some perverse way, this might be why research is so alluring. As though we’re playing some kind of roulette, researchers gamble their careers and lives for that One Breakthrough™ that no one has ever thought of before. Whether it’s the discovery that Parkinson’s disease may originate from the gut (the gut-brain axis) or that cancer cells divert the movement of blood vessels (angiogenesis), science seems to have a way of baiting anyone even remotely interested in nature with endless and shocking phenomena. Maybe all researchers are romantics, in a way. The dream of becoming that special discoverer, even among thousands of other amazing minds, is tantalizing.

But literally banking your career on a breakthrough that may never come is a risk. After all, risks are risks because most people fail. Sometimes the difference between nothing and a breakthrough is just a roll of chance. My dad once told me to try harder at school because, “In school the harder you try, the better your grades become while in research you can still try hard and never find results.” I can’t equate my mistakes and lack of data in the lab to something like bad luck when I’ve only spent a few weeks trying, but how do I know if the cause is bad luck or bad effort? This constant uncertainty might generally be where workaholism in the field is born too. If the issue was at least about hard work, then you could believe that if you just “work harder,” then success would fall into your hands. But it’s never that easy… There are so many scientists who work fatally hard every day, but who have found no publishable data. Is that who I’ll be in ten, twenty years?

The thought is terrifying. I’m not particularly talented in science so maybe I’m not “qualified” to hope for a miraculous discovery, but at the same time I want to have discovered something meaningful through my career. Maybe I’m already tangling my life’s meaning with work too much (that I haven’t even done yet), but in my lifetime, I crave to be the one in five million to have discovered something to make the lens of the science world shift even just a little. However, I think I’m more than a little cynical about the correlation between hard work and research success. After all, doesn’t everyone work hard?

So in the end, I have to say: In terms of preserving my mental well-being and sanity, research has been a -0.5, maybe even -1. I’ll get back to you on those stats by the end of the summer. But on a slightly happier note, at least when I stay late I can watch peaceful sunsets and lilting fireflies as I’m walking home. That lightens up my evenings, even when I’m feeling a little discouraged. Hopefully the astrocytes in my own brain won’t feel too sad.

Image: This is a photo of a Western blot I made. You’re supposed to see bands, not exploded splotches.