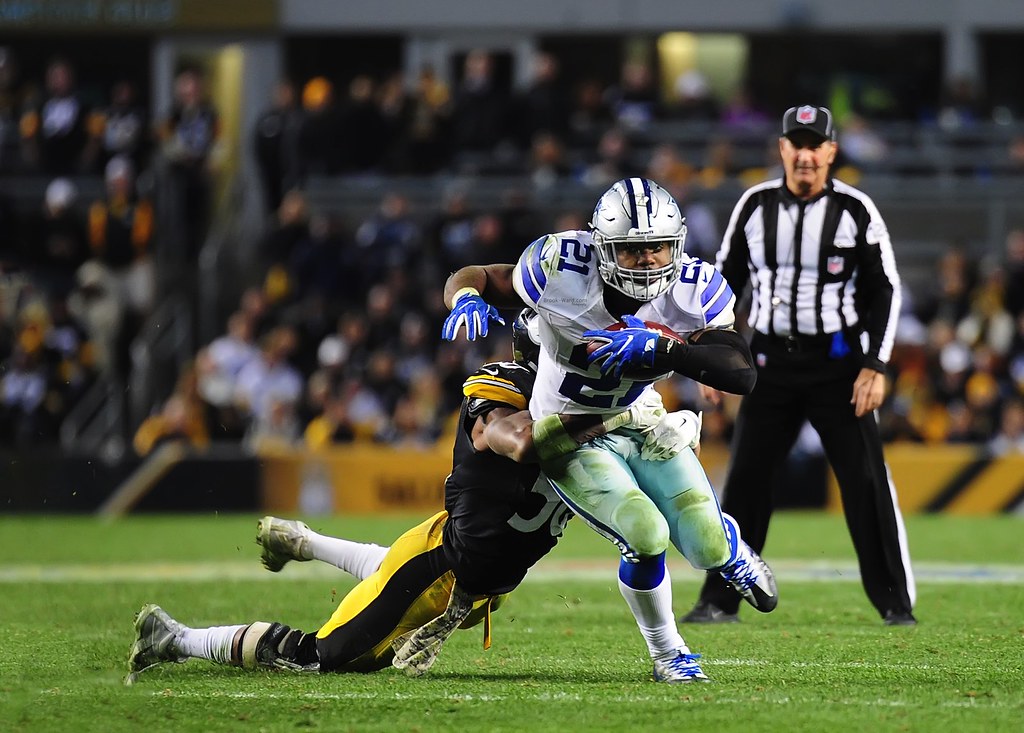 By now I’ve already lost 99.5 percent of my audience. One solid half of that 99.5 percent doesn’t care about football at all, and wonders why I’m even writing about it; the other half actually likes football, but what I’ve said is actual sacrilege. That remaining 0.5 percent would be my mother (hi Mom) and my editors (hi friends), and they don’t care either, but they’ve invested this far into the article and they’re never getting that time back now.

The reason a statement like “running backs don’t matter” is taboo even among casual fans is because, if they grew up in a football household, they’ve probably heard the maxim “We have to establish the run” countless times in their life, whether shouted at a TV by fans or posited by coaches during interviews. And the number of rushing attempts a team has is heavily correlated with how often it wins (Advanced Football Analytics, “What Makes Teams Win?” 07.11.2007). So why do I say running backs don’t matter?

To start, we can look at expected points added (EPA). Popularized in the book “The Hidden Game of Football” as a way to value offenses without relying on statistics like total yards or total points, EPA is a relatively straightforward concept: If you have a 75 percent chance of making a three-point field goal, the EPA of that play is 3 * 0.75 = 2 (ESPN, “Expected points and EPA explained,” 09.15.2012). If you have a 20 percent chance to score a touchdown on a drive, but then you run a play that increases your odds of a touchdown to 80 percent, you had an increase of 7 * 0.6 = 4.2 expected points. Teams, except for very specific situations, want to maximize their own EPA and minimize that of their opponents.

But back to running backs. Looking at running plays on all downs, we can actually see that the EPA of an average run is negative (Twitter, @[SabinAnalytics], 06.19.2019). Of course, those are just average numbers for running backs and the numbers might be different for the cream of the crop like Ezekiel Elliott, Todd Gurley, Melvin Gordon or Le’Veon Bell. But no, those players’ EPA-per-rush are -0.0120, -0.0347, -0.0950 and -0.0492 respectively—all negative. This makes intuitive sense when you know that the average yardage gained on a first down run is close to 3.8, and that having a second and 6 is worse for scoring than a first and 10.

However my point is not that running backs are useless (they are, but that’s not my point), my point is that running backs don’t matter. Even if a team runs the ball all the time, what exact running back the team decides to use won’t really make that much of a difference. The following is one of my favorite statistics of all time, and I still find it hard to believe: 96 percent of the yards in a carry can be predicted by where a team is on the field, and how many defenders are near the line of scrimmage (FiveThirtyEight, “The Secret To The Rams’ Blocking Success Isn’t The Linemen. It’s Sean McVay,” 01.30.2019). 96 percent. The remaining four percent I assume belongs to the running back, his five blockers and the entire 11 man defense.

There’s various other arguments for why running backs matter, like that they setup the defense on play-action plays, where the quarterback fakes handing the ball to the running back only to instead throw a pass. Play-action passes are more valuable than regular ones, and so it stands to reason that more effective running backs would make the play-action passes more effective (FiveThirtyEight, “Can NFL Coaches Overuse Play-Action? They Haven’t Yet,” 01.04.2019). This is, happily, not true, and in fact more rushing attempts or a higher yards per carry have no effect on the effectiveness of play-action passes. Likewise, there’s also no evidence to suggest that running the ball wears out defenses any more than rapid-fire pass attempts.

If you think that running the ball more helps keep your quarterback from getting hit as often, you’re probably right. Luckily, the data tell us that the number of hits a quarterback takes isn’t really correlated with a decrease in performance (Football Outsiders, “Further Research on Play-Action Passing,” 12.13.2018). But at least the running back can be useful in the passing game by receiving quick touch passes in the backfield, right? Maybe, but the EPA from a running back catching a pass is lower than that of both a receiver or a tight-end. Moreover, a running back’s average depth of target, a metric that is highly correlated with producing value, is much lower than any other receiving option, but if you have to throw it short then running backs are your best option (Twitter, @[PFF_Moo], 03.15.2019).

Let me add just one more thing. Rushing attempts are highly correlated with winning, and because of this fact, I get to do a crossover event between my Economics Major, my foreign language requirement and that one logic class that I took for shiggles. Post hoc, ergo, propter hoc; or in other words: Y’all got your causation mixed up. Running teams don’t win, rather, teams that are ahead in the score start to run more (Twitter, @[benbbaldwin], 05.24.2019) .

This is the end of the article, the part where I equivocate or hedge my position, saying that there’s room for multiple interpretations and that we should proceed with an abundance of caution. I’m not going to do that. But I will amend my previous statement, and the headline of this article. Running backs do matter. They take up far too much of a team’s cap space (essentially the team’s budget) and far, far too many roster spots. Running backs aren’t just useless, using them or even keeping them on a team is active malpractice.