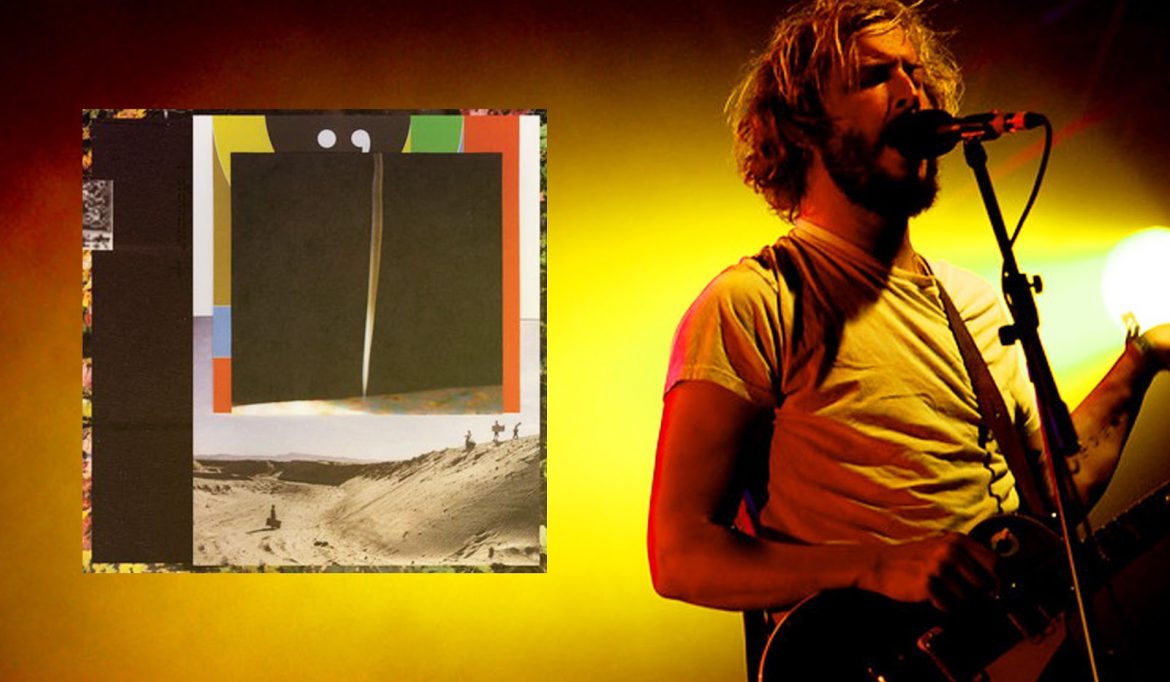 Who hurt you, Justin Vernon? His band Bon Iver’s music has caused people to fall into morose blank stares for over a decade now. His first two albums were intense singer-songwriter ballads. His last: a jarring departure into the realm of distorted effects and sound mixing. Bon Iver’s most recent work, “i, i,” walks the line in between, reincorporating human voice while retaining the advances of “22, A Million.” “i, i” makes it apparent that Justin Vernon isn’t going back to the way it used to be.

In many ways, Vernon embodies the hipster ethos of this decade. He has a beard. He wears trucker hats and hoodies in most public appearances. He likes to maintain an eccentric look: For the release of “22, A Million,” Vernon held his own press conference—one of the few public appearances he made to promote the album.

That quirkiness helped sustain the steam of Bon Iver’s origin myth. The legendary tale goes that a girl broke Justin Vernon’s heart. He retreated from the world to a cabin in Eau Claire, Wisconsin, where he spent the winter whittling away at heartbreak. It turned out to be quite a “good winter” (“bon iver” translated from French) when he emerged with “For Emma, Forever Ago,” an album that destined Vernon to be the next great tender dude with an acoustic guitar. In 2011, Vernon’s band Bon Iver released a second album, “Bon Iver, Bon Iver,” and began the new decade as the undisputed folk champion.

Scroll through the many covers and lessons on YouTube of “Skinny Love” and in the mix you’ll find my favorite rendition of the song. The performance is so physical and human. Vernon plays unaccompanied. He squeezes his eyes tightly shut as he strains his neck to reach high notes. His head thrashes in time with the thumping rhythm.

Vernon plays a resonator guitar, a metal six-string that is actually not hollow, but echoes sound off cones inside its body. Without amps to resonate, the steel guitar was a revelation to some blues musicians. While they weren’t the clearest sounding guitars, their jangliness is considered signature and adored, which I see as a subtle foreshadowing to Bon Iver’s deliberate muddling on their most recent albums.

Many years later, that crooning singer-songwriter from the YouTube video is a vanguard for autotuned, dreamscape music. On his 2016 release, “22, A Million,” hardly a single word is easily discernible.

Once again, “i, i” does not start on the clearest note. Heavily muddled voices greet the listener on the opening track “Yi,” but quickly wash away into the second track “iMi,” where, like a flash to the past, Vernon’s naked voice enters alongside ye olde acoustic guitar.

The way those two pieces fit together encapsulates the balance between the new and old Bon Iver. They recorded much of the album on cassette tapes, and then used overdubs to make the sound muffled and dissociated. On the one hand, this sound is opaque and leaves the listener feeling like it’s some artistic mumbo jumbo that they just aren’t cool enough to understand.

On the other hand, the effort is an interesting leap for an artist looking to push the traditional sound of stories. In his own words, “[T]he best stories are always those that allow you to suspend disbelief as much as possible, and I felt that it was important to make it sound new…the longer I have done that, the more interested I became in other sounds too” (“Inside Track: Bon Iver ‘22, A Million,’” Sound on Sound).

Needless to say, Bon Iver’s music isn’t usually described as catchy—but a single for the album, “U (Man Like),” is just that. A duet of Vernon’s voice and layered female voices weave in and out as they sing words of protest to the upbeat melody. “How much caring is there of some American love/When there’s lovers sleeping in our streets?”

It isn’t quite clear who makes up Bon Iver, but the band’s sound has managed to smoothen Vernon’s artistic veerings. On his early albums, the rhythm section perfectly fit the melancholy tone of his voice and lyrics (he even calls the horns players “Sad Sax of Shit”). When Vernon disguised both his band and his voice with a patina of autotune and overdub, that presence was lost. After adjusting our ears to Bon Iver’s new sound, those elements pull back into focus.

Despite the apparent bright spots of “22, A Million,” “i, i” is a more consistent album. Rather than chugging along, song after song, it billows over in about 40 minutes of smooth tonal transitions. But its clearer tone remains slippery, and the highly reliced effects leaves “i, i” as unreproducible as “22, A Million.” At times, “i, i” feels a lot like staring into a bucket of water and oil—all color and chrome, flashing and changing color haphazardly by the glint of the sun. It’s mesmerizing but unnatural.

As I listened, I keep thinking about the earthly musical roots of Bon Iver: the weightless snowflakes of an Eau Claire, WI, winter that once inspired one of this century’s greatest records. In the final months of this decade, I’m tempted to say that Bon Iver is its most successful songwriter. But that statement is compromised by Justin Vernon himself, a writer who seems convinced a story is told better through its vessel than through the written word. This Bon Iver will write you a story, crinkle the paper up, burn its corners, doodle, make it into a paper airplane and throw it at you.

The record leaves you staring off, morose as ever. But this album’s not another soppy story—it’s a treasure map, and Vernon won’t tell you where to begin.