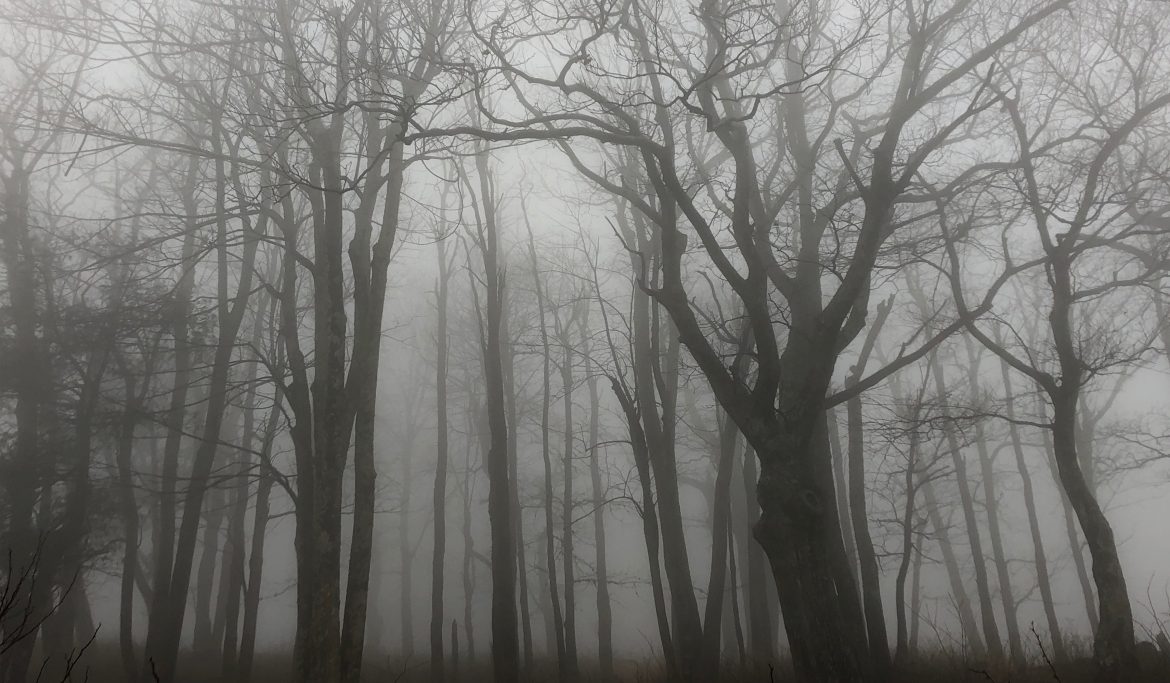 I smile every time I enter the woods behind my house.

Although it barely tops 150 acres, this little patch of wilderness feels like a sanctuary from the bustle of greater New York City. And not just to me. This particular morning, I am joined by a herd of foraging whitetails, a couple of bluebirds, a dazzling red-bellied woodpecker and a whole scurry of emboldened squirrels. They’re in search of food, and all seem to know their part of the dance, singing and drumming and rummaging in nature’s choreography. Under the leafless beeches and maples, mosses bask in sparse sunlight and provide the only touches of green in this winter landscape. It’s been almost seven years since I moved here from France, and I’m still astonished by the diversity of life this country harbors, even in the coldest months of the simplest Northeast woodlands.

Half a world away, Australia is burning. We’ve all heard the news, seen the pictures and mourned the rising human and wildlife death tolls (I believe the latter now exceeds 1 billion). I can’t shake the image of a half-scorched koala as I begin my walk, 10,000 miles away from the flames and tucked safely away in a climatologically gentle corner of the planet. With such contrast between my home and the burning eucalyptus forests, it can be hard to remember that the events unfolding in Australia are not some isolated tragedy. To paraphrase climate activist Greta Thunberg, it’s our entire house that’s on fire. It’s only a matter of time before the fire reaches my room.

Once I’m far enough into the woods, only the distant hum of cars on the highway reminds me that I’ve found a bit of peace in this country’s second most densely populated metropolitan area.  The future plant biologist in me is stirred when I reach the old white oak bordering the trail. My mind drifts towards the word “connection”, as it usually does as I glance up at the oak’s towering crown. Connection can take many forms, from the social links that define our species to the tiny hydrogen bonds that hold our bodies together. Connection is in the arrangement of our neurons, in the gravitational ballet of galaxies, in the coordinated passes of a soccer team and in the umbilical cord of a mother’s womb—in fact, it seems connection can be found in nearly every facet of existence.

For old trees like the oak in front of me, connection is embodied by an alliance with an unlikely partner: fungi. In the midst of an age-old, largely unnoticed evolutionary war, a few fungal species have joined forces with plants, forming extensive underground webs around tree roots to provide nutrients in exchange for the tree’s leftover sugars. What makes this symbiotic relationship so spectacular, however, is its scale. Over time, the fungi surrounding tree roots roots can grow to reach a neighboring tree, and then another, and so on and so forth until there emerges a vast network connecting virtually every tree in the forest. Through this Wood Wide Web, trees talk in an ancient, molecular language we are just beginning to understand—nurturing their seedlings, warning each other of danger and even mourning their dead kin.

Like almost every ecosystem on Earth, mycorrhizae—the name given to these living, breathing networks—are facing the threat of overexploitation. This time, clear-cut logging is the culprit. The timber industry targets the oldest trees in the forest, those centuries-old titans that serve as the pillars of fungal networks and are affectionately referred to as mother trees. Without mother trees to support the exchange of nutrients, symbiosis is severely jeopardized and can even cease entirely, leaving both species to fend for themselves until a premature death ensues. As the key to a forest’s resilience, mycorrhizae are indispensable allies in the fight against climate change. Their collapse would not only prove disastrous for the abundance of life they support, it would also mean losing a powerful token of connection.

Nothing in nature seems to exist alone. We humans, however, function differently. Western society in particular values sentiments in direct opposition with the word connection: autonomy, individualism, and as demonstrated repeatedly throughout our history, alienation and segregation. Perhaps out of fear for the chaos we see in nature, we erect physical and ideological borders; we ascribe rigid labels to pigeonhole indefinite concepts and we hoard our personal wealth.

I’ve left the white oak behind and venture up a steep hill. From my elevated vantage point, I can see a few houses far off in the distance, at the edge of the woods. Their cubic shapes and off-white colors look strikingly alien in contrast to the forest’s soft edges and muted shades. The trail veers towards civilization and I can now tell that the backyards are fenced in, enclosing square grass lawns (ecological deserts) with a plastic sign that reads “Caution. Area treated with pesticides.” The fenced yard separates the house from the woods, leaving the two worlds in conflict. I can’t help but think that somehow, this yard and its black wired fence exemplify the war we’ve declared against our connection to nature. It seems somewhere along our furious hurtle towards autonomy, we opened a rift in a united existence: ours and the Earth’s.

Maybe our lack of connection is to blame, at least in part, for the state that we’ve plunged the world into. I’m not just talking about the 25 million acres of charred land in Australia. Or the 150 million tons of plastic drifting about our oceans. Or the near-billion people in this world who survive through perpetual hunger. I’m talking about the ideological forces behind these statistics; the decisions to consume, waste and exploit that we’ve made blindly for decades with a naive declaration of perpetuity. The result is nothing short of apocalyptic: in total disconnection with the effects of our lifestyles on Earth, we’ve succeeded in engineering a climate that will war with us until it destroys us. The most optimistic of scientists predict our defeat—or to put it bluntly, the end of human civilization as we know it—by the end of the century.

The trail ends at an intersection and I take a left towards the two massive boulders known as “split rock,” which a rock-enthusiast near to my heart recently identified for me as “Gneiss.” Like me, these boulders aren’t from here; they were left behind by the retreat of the Laurentide ice sheet about 15,000 years ago. Back then, while early humans were busy domesticating their first pigs, half of North America was buried under two miles of ice with global temperatures averaging just about 6°C cooler than the current mean—a number that puts into frightening perspective the 8°C warming trajectory we’re currently on. Thankfully, I notice a big patch of lichen on one of the boulders before I have time to spiral into fatalism. Lichens have a special relationship with symbiosis. In fact, their entire existence hinges on an alliance between fungal and algal cells. Even the smallest of Northeast woodlands abounds with these lifelong partnerships—oaks and chipmunks, ants and aphids, birds and bushes—and you don’t need to be a trained ecologist to spot them. Sometimes, all it takes is the willingness to enter a forest and make yourself small.

At the end of my walk, I usually loop back through a path behind the nature center. A few years ago, a student from my high school working on a research project labeled some of the trees that border the trail. She will likely never read this, but I want her to know that this little section of the woods is my favorite to walk through. Too many of us can’t distinguish a beech from a birch, or tell which species of maple is native and which is an invader. Giving a tree its name back is a small but profound gesture, an act that can help us grasp the diversity of life we are so close to losing. Names are the ways we bond and build relationships, not just with each other, but with the world outside too. I feel grateful for this student and her two dozen labeled trees. I know their names now, but I still read them as I walk by, just to acknowledge their presence and say “hi.”

Fighting climate change is, at its core, a matter of connection. Generations of blindness precede this moment in time we find ourselves in, and only unity will carry us forth. Unity in our visions of the future, unity in environmental policies and unity in mourning the losses we’ve suffered and the ones that are already locked in. Surviving the end of this century means recognizing that we are in the midst of this planet’s sixth mass extinction, that we will lose Shanghai, Miami and Osaka to the rising seas by 2050 (among dozens more cities and nearly every island-state), that natural disasters will worsen in intensity and frequency until we begin to call them “weather.” If you, too, feel your head spin at the weight of these realities, take a walk through the woods. There is already connection around us, under our feet and above our heads, waiting to inspire.