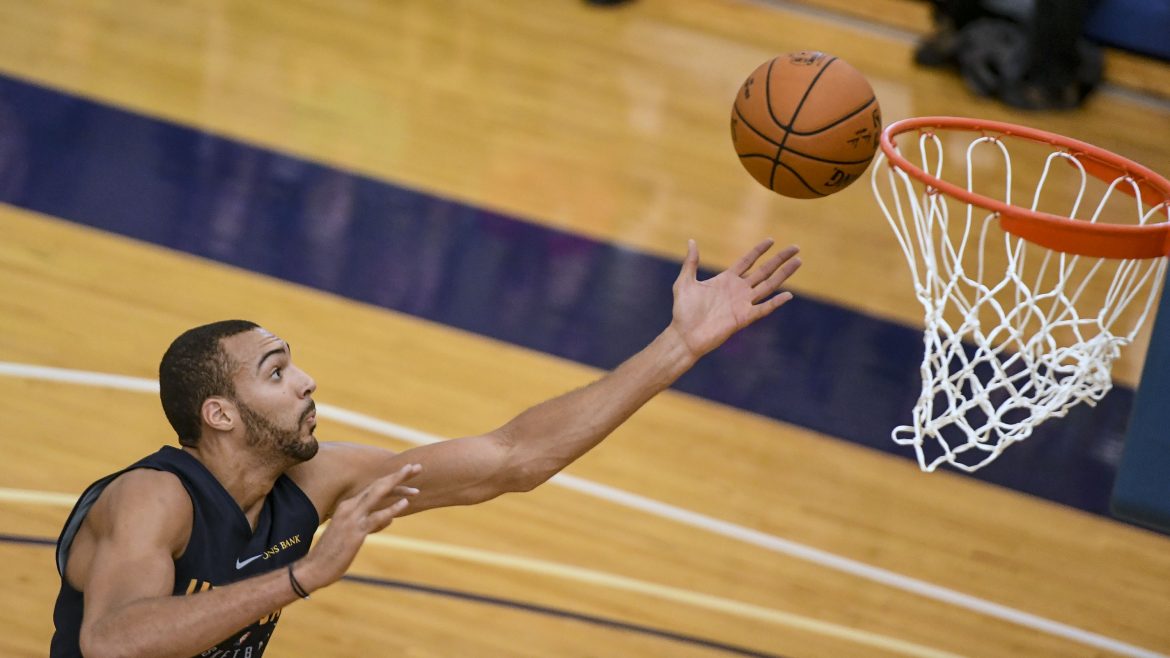 It’s been a little more than a month since the sports world was—for the first time in my lifetime, maybe for the first time ever—put on hold. That night felt more like a The Day the Earth Stood Still remake than real life. All those who follow Adam Silver’s 30-team reality show know that the novel coronavirus’ immovable force first officially struck in Salt Lake, or, more specifically, in Oklahoma City. Well, actually maybe Salt Lake—nobody can really know for sure.

The entire interruption felt more like a scene out of Joe Ptyka’s Space Jam than any real-world tragedy. The regular season game scheduled between the Utah Jazz and the Oklahoma City Thunder was suddenly stopped. Veterans who spent an eternity breaking bread on the hardwood were, for the first time in the league’s lifetime, unsure of when they could hoop again. Each team was separated into their individual benches, with essentially no explanation provided. Panic began setting in for both teams. Basketball had been taken.

But where was Rudy Gobert?

PA announcements and an incoming stream of tweets filled the silence within the Vivint Smart Home Arena. Gobert, although feeling fine, was scheduled to miss the game with the universally vague “flu-like” symptoms. In the context of an impending pandemic, however, “flu-like” symptoms suddenly felt significantly more worrisome. Simply put, players like Gobert are superheroes. The very thought that these invincible characters on Jumbotrons could be infected with COVID-19 was what finally sucked the air out of American exceptionalism from the virus.

Rudy, specifically, was probably shouldering a burden far heavier than shortness of breath or a cough. A few nights prior to the Thunder game, Gobert decided to play prankster, literally poking fun at some of the new rules implemented by the NBA to ensure player safety during the initial phase of crisis. He, like many great Defensive Players of the Year that came before him, scoffed at the idea that someone, or something, could possibly get by him.

Now this is the part that’s really important. COVID-19 is unlike anything that Gobert—or any athlete or person or white blood cell for that matter—has ever seen. This strain of the coronavirus is Mike Tyson in 1989 turning Mike Spinks to dust. It was a left jab from hell that has rendered the NBA unconscious on the pavement.

Gobert, in accordance with the game’s sudden halt, had to be rushed to a hospital, where he was diagnosed with coronavirus. Ironically, the seven-foot-giant had finally done what all great defensive players before him sought to do: He had shut down all scoring, completely and indefinitely.

The NBA’s coinciding collapse was brutal. What began as arrogant taunting with the iron-fisted disease turned into the NBA’s total suspension—a first in 87 years of professional basketball. The NBA had never stopped, not during the Cold War, not during the Vietnam War and definitely not during the original SARS outbreak. The league had always been steady on course. But things were about to spiral out of control. Players who had been in contact with Gobert were soon diagnosed as well. First it was fellow teammate and All-Star Donovan Mitchell, and then likely Most Improved Player, Christian Wood. Since then, seven different players and a dozen league officials have been fighting COVID-19, and that doesn’t even begin to account for the irreparable economic damage anticipated with no live sports content to sell. If the NBA does not return this season, players could stand to lose nearly 20 percent of their entire salary. For an even bleaker look at the consequences that have unravelled since Gobert’s episode, FiveThirtyEight.com estimates the league’s loss revenue will likely exceed $1 billion.

Gobert, for his part in taunting the virus, was forced to eat his fair share of jabs and haymakers from the swarming crowd of fans and media. As the first scapegoat for the NBA’s indefinite suspension, Gobert became not just the face of the disease within basketball circles, but, more broadly, the face of the impending doom of the coronavirus within the United States.

The unintended consequence of a millionaire athlete becoming the face of a growing pandemic points to a potentially broader issue in American culture. Yes, Gobert’s actions were idiotic and he should be sufficiently blamed for his actions. However, what does it say about the general American public that it takes a sport being shut down to really care at all?

I think it’s important to first acknowledge the humanity in Gobert’s idiotic behavior. I, like so many who were reading headlines about COVID-19, laughed at the disease, poked fun at that impending Tyson-powered left jab. Then suddenly, it was 4 a.m., my phone would not stop buzzing, and my eyes were glued to CNN’s anchors providing me with 18-plus potential conclusions to this coronavirus pandemic.

But from the opening tip, the numbers and the facts were always available. Coronavirus’ impending impact had been made clear long before Gobert ever contracted the virus, and for some reason, nobody is questioning who exactly gave Gobert coronavirus to begin with. American society is so eager to focus on and ostracize just the individual, and, with that, largely ignoring the nationwide responsibility for the ongoing shutdown.

Both Gobert represents our own attempts at humor, which, whether it exists on social media or in our own social spaces, has long been a tool to heal and overcome disastrous situations. But anyone short of the president will tell you that this is no longer a joke.

Gobert was a domino (albeit probably the biggest domino that exists on earth today) but still just a piece of a much broader puzzle. One anonymous NBA executive thanked Gobert for “saving America.” Which, funny or not funny, is a crude indictment of a society that had for too long avoided nature’s inevitable middle finger.

Rudy Gobert might’ve accidentally become the figure that put the coronavirus under the American microscope. So aside from his own initial idiocy, how we handle the coming months could mean the difference between Gobert’s place as a footnote in our history books, or an entire chapter.

For your sake, my sake and the NBA’s sake, let’s hope it’s the former.