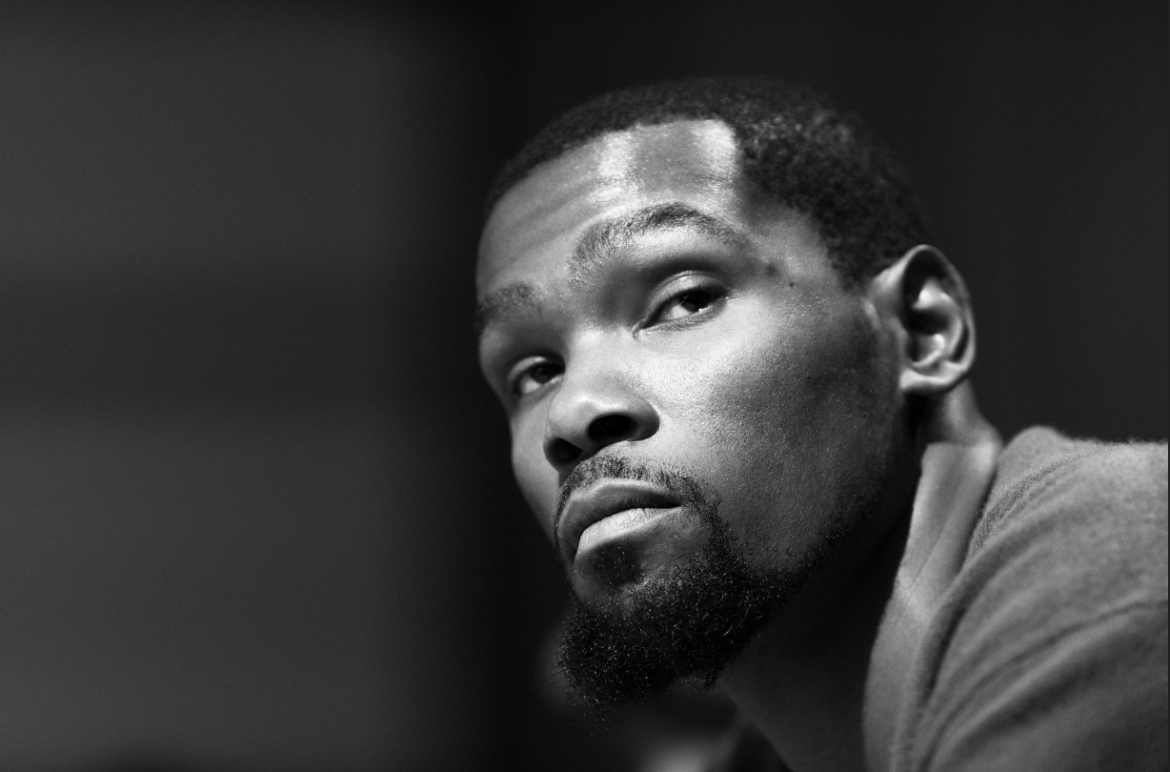 Like any good mom, Wanda Durant defends her son against a world filled with his bullies. But, unlike most moms, she recently took to the millennial medium of choice—Twitter—to do so.

In a passionate plea, Mama Durant, who gained fame in 2014 when her son thanked her during his crowning moment as NBA MVP, now stood up for him when he was at his lowest. To her 42,000+ followers, she wrote: “For ALL of you who question my son as a Man, question his Heart, question his Integrity and question his LOVE for the game of basketball, you DON’T know him.”

Amidst the whirlwind of overwrought analysis and Canadians-gone-wild that has accompanied this year’s NBA Finals, it takes a horrific injury, and a mother’s personal plea, to finally spawn any sympathy for Kevin Durant. This callous attitude speaks to a sad reality.

Durant’s return to the floor for Game Five, after a month-long absence stemming from a non-contact calf injury during the Western Conference Semifinals, at first elicited a sigh of relief from the Golden State Warriors. The back-to-back NBA champions were barely staying afloat in unfamiliar territory, handcuffed by a suffocating Toronto Raptors defense and desperately lacking Durant’s effortless scoring.

As the 12th minute passed in what was supposed to be a turnaround Game Five, Durant sized up Serge Ibaka on the right wing, deploying his precariously high yet seamlessly controlled hesitation dribble. Just like that, a routine between-the-legs move rendered Durant hobbling—the string of his calf buckled like a cord of a guitar snapping, and seconds later, the nearly seven-foot wonder collapsed to the floor.

Typically, in-game injuries serve as a sobering moment of realization; for a few minutes, fans pause and finally acknowledge their vaunted gladiator as a fellow human being. A few minutes later, after the athlete is helped off the field, a substitute comes in, and the game simply picks up where it left off, as if nothing ever popped, cracked, or torn in the first place. Durant’s ruptured Achilles tendon, set up by his previous injury and ultimately suffered during that fateful crossover, has extended this once momentary pause. While Durant’s year-long recovery to come will certainly shift the remainder of the series, as well as reorganize the big-market teams clamoring for his services this summer, the more instant impact is pause for a newfound consideration—one that addresses the grave extent to which we push our star athletes.

In fact, Durant’s career has been defined by his ability to thrive off of hate and doubt: He’s a former second pick in the draft, has long been considered the second-best player in the league, and ascended to the ultimate infamy when he left his former team to play for the best of the best. With Jekyll-and-Hyde contrast, Durant is the most easygoing scorer on Earth and the most irate superstar, still known for having clapped back at critical fans under the guise of social media burner accounts.

This long-held expectation of mutual hate makes Mama Durant’s words painfully accurate. Prior to Game Five, it seemed like none of the armchair experts really knew Durant, and all of them had a baseless assumption to make about his absence. Many questioned his commitment to the team amidst pending free agency; others bashed his will to win; conspiracy theorists reveled in accusations that the Warriors were hiding the extent of his injury. Within this context, and under this relentless hostility, it is not surprising that Raptors fans broke the traditional norm of silence following Durant’s tragic drop to the floor. At first, they cheered.

That traditional post-injury pause happened a little later than usual, only after Raptors players on the court urged their fans to support the opposing player. This pause continues three days later, as the basketball world takes a step back from the Finals and learns a broader lesson the hard way: The game is not better without Kevin Durant. Fans and pundits alike should pause and ponder some more. Kevin, how did we hurt you?

In a league that hosts an elite group of athletes battling to distinguish themselves among the annals of basketball history, every big moment is another opportunity to define a legacy. At the start of Game Five, Durant was doing just that. With his slender, seven-foot frame, Durant has a cheat-code of a basketball body, possessing the quintessential length needed to score, even when not at full health. On television, his frame looked masterful, but also all too fragile, like a string-cheese primed to be pulled apart. In a mere 11 minutes of play, Durant was clearly limited, traipsing up and down the floor with hesitation, simply waiting to catch and shoot. Yet, despite the limitations, he had momentarily flipped the switch on the series, igniting the Warriors offense by walking into three three-pointers. He started to write another crowning chapter in his own history book—but the ink never had a chance to dry.

This extraordinary pressure put on Durant to redefine the pinnacle of basketball achievement, to overcome the adversity of his own body, and to prove his doubters wrong is what now defines him as a tragic hero. When expectations are too high, when humanity and dignity are not recognized until the worst case becomes the reality, many great basketball players are pushed past their breaking points. Don’t get it wrong: Durant is a man capable of making his own decisions. But the desire for him to show his heart, to a fan base that has long pegged his legacy as soft, is what was his most powerful, and ultimately harmful, sway. A full recovery from a torn Achilles tendon is unlikely.

So maybe it’s time to leave Kevin Durant alone. The Golden State Warriors have begged fans and the press to do just that; in a post-game presser, President of Basketball Operations Bob Myers offered to take the rap for Durant’s injury: “If you have to, you can blame me.” It was strange, it was desperate, and it was a cruel inversion. For the weeks prior, the Warriors had maintained a shield of secrecy around the specifics of the injury, in an attempt to keep Durant out of the headlines and protect him from further criticism. Now, Myers took to the podium to release the type of unfiltered honesty previously kept within, and the conversation switched. The critics who had previously pressured Durant to play are now finding ways to place blame for him doing just that.

This new debate is one that lacks merit. Instead of pointing the finger—at the coaches, at the doctors, at the management, or at Durant himself—the basketball world is better served by extending its post-injury pause, and doing some long-overdue introspection. Regardless of the injury’s cause, this is a situation in which building narratives has gone too far. A sports tragedy must be accepted as just that: a sports tragedy, plain and simple. During what should be a celebratory time for the game of basketball, the NBA should feel profound disappointment instead.