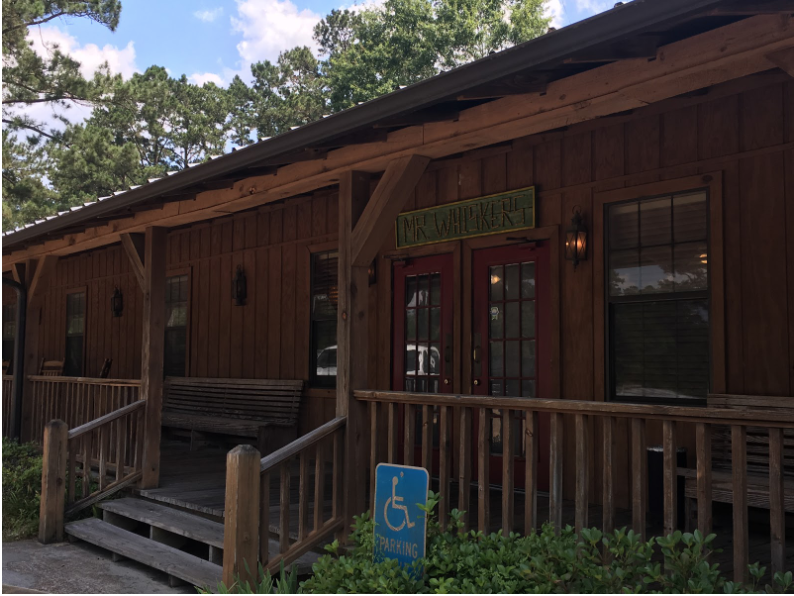 O LORD, help my words to be gracious & tender today, for tomorrow I may have to eat them.

No Matter Where I Serve My Guests It Seems They Like My Kitchen Best.

These are words that hang in my grandmother’s kitchen. Under O LORD is a framed embroidery, titled Cille’s Kitchen, of a coffee grinder with a crank on it. My grandmother is Cille (Lucille). I wonder who gifted her the embroidery because the idea of her actually embroidering is almost laughable to me. Deep into retirement, she likes to keep busy. I can hear her now scoffing at embroidery as a pastime. There is a table at the heart of the kitchen with a centerpiece of plastic grapes. Except when she is worrying over a pot of butter beans in this kitchen, the room is silent even though its walls speak.

No one person is naturally more gossipy than another. Talkativeness is not a matter of natural disposition, but a product of the boredom incurred by space or a lack thereof. There is no space like Brookhaven, Mississippi, USA, which manages to be claustrophobic even with its great expanses of land- and water-surface. The road leading to my grandmother’s house rolls up and down and through dense woods, and as you travel it there is no way to tell you are going anywhere. On this road, all the houses are squat but they do not agree. They are different colors, ages, of different styles and in varying conditions of occupation and upkeep. In Japan, where I am from, a new house may stand next to an ancient one with old palatial tiles, but neighborhoods—whole cities, even—are so cohesive that every unit, every building and light pole and dog, goes together and forms a breathing whole. In Japan, you can touch your neighbor’s house by reaching your arm out the window. Still, I feel some privacy and quietude there.

In Brookhaven, there is so much space between each home but people sequester themselves to a chair on the porch, legs spread, clutching a cup and watching passersby. Each house is distinct, a piece of territory with borders. The mailbox bears the alma mater of a child or a Bible verse. It is odd because despite all this separation between each house-kingdom, everyone knows each other so willingly. They know each other too much. My grandmother revels in talking about people, a sister or an estranged ex-coworker. With too much physical space between people, they build verbal bonds through gossip and cherish their cars, which broach some of the distance.

One Sunday when I was visiting Brookhaven, me and my father and my grandmother went to a catfish restaurant called Mr. Whiskers. I thought the name referred to the owner’s facial hair, but catfish have feelers on their face called “barbels” that resemble whiskers. My father told me not to wear jean shorts because it was a sacred day, Sunday, and everyone there would be getting lunch after church.

It was a brown building that looked like it had been stretched out sideways. The wheelchair ramp was on the side. My grandmother looked at it, narrowed her eyes, looked at her walker, and decided on the two-step staircase out front. The interior was so deep; we walked for ages, past a big entrance and the buffet counter and fishing memorabilia on the walls (gloating about the biggest bass in such-and-such competition), to a table too large for three people. Per custom, the tablecloth was red checked gingham with a plastic cover. Fried green tomatoes, catfish, rice, gravy, and hush puppies beckoned. When I got up to fill my plate I felt kind of bold; Mr. Whiskers was not busy yet and the buffet counter was far away.

The church horde came in their Sunday finery. Each group, regardless of size, took up a whole table by scattering their stuff, spreading plates, laying a cane on a chair and talking loud, all in an intense game of territorialism. A line formed. They tittered about what they wanted to eat, and it was not the becoming thing to look impatient but they were impatient. A woman tucked her plate under her chin and ushered her kids forward in line. When the catfish ran out, a lady with a pushcart and waddle came out with piles of it. Those in line looked hungrily. She looked tired. I looked at a pan of pecan pie, wondering if I could fit dessert onto an already-packed plate, when an old lady approached me with her finger on her chin and asked, “What is that in that there pan?” and I answered “Pecan pie,” with an apologetic smile, as if she could see I was surprised or bad at talking.

Mr. Whiskers, a fine eating establishment and, I assume, a Sunday staple.

“And that,” I said, pointing at another pan, “is banana pudding. And that’s cornbread in the basket.”

She had to have known what was in that pan. I think she just wanted to talk to me, and I obliged to make conversation.

Small-town gossip does not always amount to talk of a neighbor’s son’s graduation or her stepmother’s drug addiction or an acquaintance’s second or third marriage. It is all kinds of talk, including pleasant and frivolous conversation over food, and me and my father’s exchange in the car about geckos: “I don’t like those things,” he said. “I think they’re taking over the world. I think it’s a government conspiracy.”

“I think they’re cute,” I responded.

In Japan, there is not as much talk between strangers that goes beyond formality. In the crowded place I grew up, gossip is limited. When you are sweaty, weary, waiting to get on a train, you do not talk to commuters but withdraw in on yourself. Perhaps the proximity is stifling enough. I revel most of the time in the quiet, but at Mr. Whiskers I was reminded that gossip, which I would normally call gratuitous, could be pleasant.

And we need this warmth, the affirmation of another’s presence, when space drives us apart. When we feel physically divided, we talk and yearn for a reply. My grandmother also combats space, the silence of her kitchen, this way. With a name on your tongue you evoke your subject’s presence; when you are met with a stranger in a place where strangers don’t exist, you are compelled to converse. In Mr. Whiskers, the buffet was leagues away from my table and each family carved out a kingdom for themselves. Without the exchange I would have felt cold and estranged. The buffet counter breathed with life.