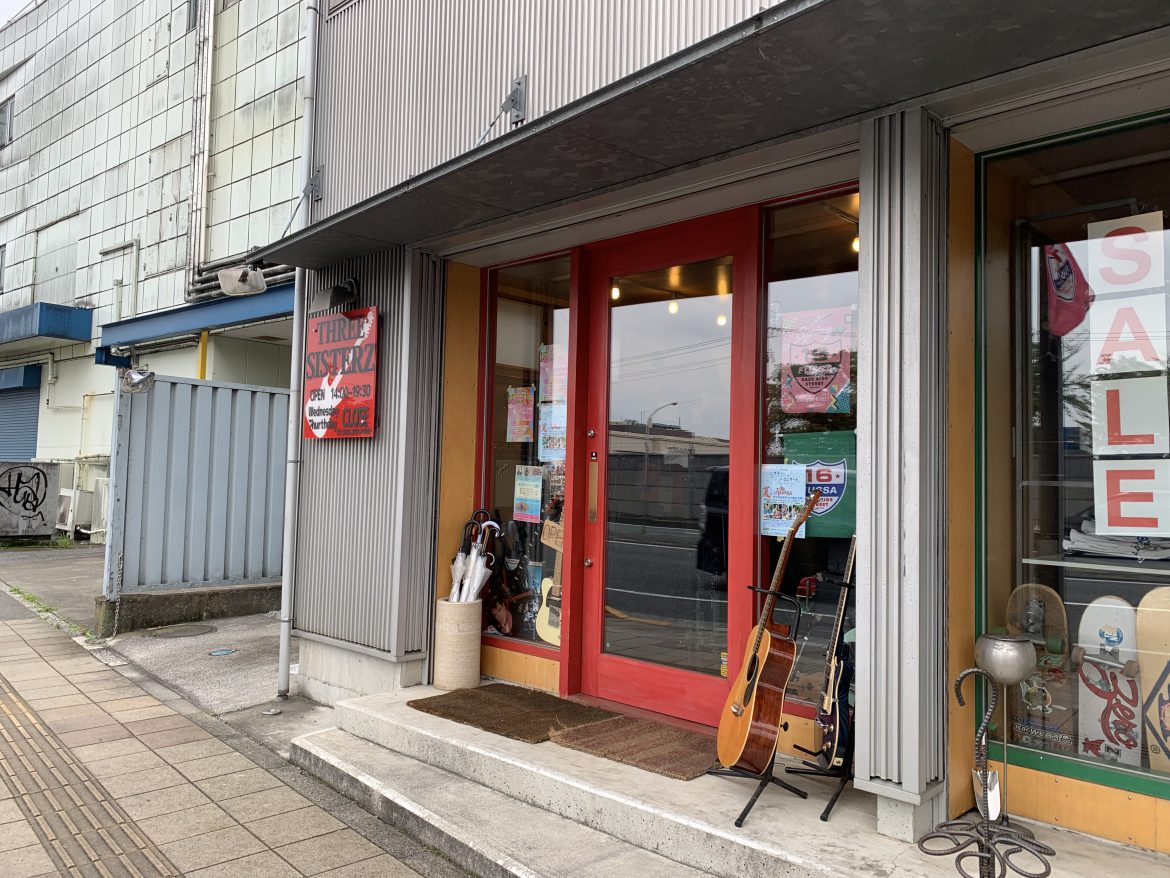 The top of the home page for Au Go Go Records, an independent label based in Melbourne, reads PALEOWEB ORG. “This website has been selected to enter the Paleoweb Website Museum.” We are then directed to the Paleoweb.org project, which archives old sites to “expose to coming generations the state of art of Website use [sic], from the early times of Internet.” All the artifacts in the Paleoweb virtual museum are frozen, with their original domain name and the unmistakable design scheme of an early 2000s municipal government homepage: colorful and blocky, evocative of Microsoft WordArt, laden with Times New Roman. The last time the Au Go Go page was updated was on a Tuesday in February 2009. The copyright is dated 2002. Paleoweb, created by a man from a Parisian software company, tells digital museum-goers to enjoy the “particular ambiance” of the Au Go Go website.

Au Go Go has a staff picks page. Five people list their top 10s for the month—of October 2002. The photo for a man named Tom seems to be a driver’s license headshot. Tom stares composedly, an eyebrow raised, and the image is captioned “Local mogul,” despite the ultimate fate of the record label: store owner Greta Moon decided to shut it down after the landlord did not renew the city lease, citing the increasing popularity of cell phones and DVDs (she said this in 2003) and the dogged refusal of some record companies to market their music. On the staff picks page (a glorious gravestone!) is some standard early 2000s fare like Iron & Wine, The Flaming Lips and Bright Eyes, as well as stuff I did not know, nor could I ever know: employee Dom’s number seven is the impromptu Elvis performance of one named Max Crawdaddy, who sang “Blue Moon” 11 times in a row. Please go to the Au Go Go website, browse, go deep into YouTube or Discogs, wander.

In 1994, Au Go Go released the compilation “Tokyo Trashville!” A masterpiece, posted in full on YouTube for the simple and undeserving masses. On the cover is a woman in leopard print humping the Tokyo Tower. The second song is “Chocolate” by Muddy Frankenstein, which implores the listener, in Japanese, to eat more chocolate. The pairing of the language and Frankenstein’s lyrical delivery is truly remarkable; he sings in Japanese, but you cannot perceive the song as being in Japanese because his curled pronunciation is most similar to American English. Frankenstein, the alias of Atsushi Dai, definitely adopts the American aesthetics of his time (the ’90s, as surf rock, rockabilly and the like needed time to migrate to Japan) in a 1996 Seattle performance, and not just the decades-old sound. In a recording, he jumps around in a pink ski mask and then, after a cut, in a t-shirt and his undies.

All these gems aside, track eight, “Motorbikin’ Shake,” by Mutant Monster Beach Party, truly shines. As the song opens, a few whining suspended notes warm up the listener. Suddenly a guitar riff, then a bass that brings us to furious drums. “Motorbikin’ Shake” drives tirelessly and exhausts you. After thoroughly scouring the internet, I found a single live performance from the band; the description has the year, 1989, and the venue, Chocolate City. Behind them is a green, yellow and red flag—the Pan-African colors—bearing the name of the venue. Chocolate City was an American funk record label that, according to Wikipedia, went defunct in 1983. A Nigerian record label adopted the name in 2005, but the venue remains a mystery, only portending how the rest of my search would go. The lead is a pretty woman with bleached hair in a half-ponytail, wearing a wonderful pink dress with tassels. Despite her growling vocals and giddy motion, she looks content and composed, smiling, unlike typical garage rock singers, who go nuts or get lost in a reverie so intimate and insulate that I feel intrusive watching their performances. She is a sensible performer, self-aware. The two guitarists have greaser hair, while the drummer’s is bleached and more boyish. The musicians maintain a similar composure without sacrificing the drive or energy of the music.

The only Mutant Monster album I found is a self-titled LP (under their name reads “EXCITING ORIGINAL … PLAY LOUD!”), featuring such delectable song-names as “Chilly Willy Baby” and “Motorcycle Boy.” All of their other appearances are on compilations like Au Go Go’s “Tokyo Trashville!,” curated around garage rock.

There is a guitar store in my hometown of Tokyo called Three Sisterz run by an old lady. I visited over winter break to buy picks, and was surprised to find an obaachan (an endearment for grandmother, can also be used for “Granny” or “Gram,” for cases in which Granny or Gram is unrelated to you but is grandmotherly). Three Sisterz is small and homey, an antique like I imagined the Au Go Go store to be. Fortunately, guitars themselves—the sound of one next to your ear—cannot be digitized and pirated yet. We had a brief conversation about guitars, which I do not remember very well, but I do remember that she called Jimi Hendrix “Jimihen” in a warm familiar and expectant tone, which proved her expertise on the matter and, as a non-player, made me feel special. I was talking to an authority, pretending to know more about guitars than I did. She did not avoid conversation by any means but she did not talk much, which you would not expect from the owner of an independent guitar store. You expect a busy, outspoken, warm and chirpy type, a character required of little shops looking to attract customers. But she was unassuming, aloof even: short grey bobbed hair, a face that betrayed little feeling, voice you could never imagine above a certain volume and pitch. But this coolness gave her power and poise and only added to the effect of great guitar wisdom.

Faced with the Mutant Monster Beach Party mystery, I had no one else to go to but the proprietress of Three Sisterz. It was a muggy Saturday afternoon, the tail end of rainy season. I walked in and there was no one at the front, so I called sumimasen (“excuse me”), provoking some rustling in the back. A long pause. I studied the store walls: three Beatles posters, all from their good-boy bob phase, and a “Jimihen” photo. Toward the entrance was a selection of amps and speakers and guitar string packs, next to a few wayward brass instruments. The walls and floor were littered with so many guitars of all makes and colors, those without sound holes, ukuleles and the bendy geometric ones in cartoons, at the expense of walkable surface. I prayed it was her; she was crouched repairing something and gave a grunt, and her head popped up from a tangle of brown acoustics. I told her I wanted to buy picks, and she nodded indifferently toward a plastic case by the door. This was a front: I did not need picks, but I bought three. Then I gathered the courage to ask her if she had heard of the Mutant Monster Beach Party, showed her the album cover and waited nervously.

She scrutinized the photo but did not say anything. There were two other men inside, whom I suspect were regulars (they called her obaachan, and one had a Fender t-shirt and longish bleached unruly hair). They asked me to repeat the name two or three times, and I obliged, first with English pronunciation and then a Japanized one. It peaked their curiosity when I said they were surf rock- or garage rock-poi (“ish”). The guitar men asked to hear a song, and they lauded Mutant Monster’s leading vocals and looked approving (I swelled with pride). Then they asked to see pictures. I showed them the album cover, and the man with the fedora craned his neck and zoomed in on her face. I turned to the proprietress, and she said if anyone knew it would be them, giving me a little smile and a shrug that said “it cannot be helped.” While me and the men talked furiously about the band—”do you have any other pictures? videos of live performances? can I hear her sing again?”—she looked at us calmly, with the eternal, godlike composure. She was better than all of us. I think she was more concerned with fixing guitars (or whatever she did in the back) than paying mind to those who play them. She wore a denim apron and humble grey t-shirt, less vocal about her guitar knowledge than the customers, who, and I appreciate them greatly, brooded over my band.

Despite their concern, the guitar men told me my best bet was to go to a record store in the nearest large-ish city and search for the actual Mutant Monster Beach Party vinyl there. They wished me luck, and the proprietress receded into the back of the store again, leaving me feeling kind of stupid and pathetic. Her silence gave her an air of wisdom—a divinity or sage, better than all of us, certainly more composed than I in my frantic and probably futile search for the band.

Perhaps this wise and calm silence drew me to Au Go Go, long defunct, and Mutant Monster Beach Party, whose obscurity only added to my adoration. One beautiful album and a few features, a short-lived career shrouded in romance and legendary status you only endow to silent people, to mysteries. On my journey for good music on YouTube, I encountered three silent treasures; they did not say more than they needed to say, and they were all the more delightful for this reason. It might be best if I never find out about my band, lest it spoil my love. A dead thing can do no wrong. Still I am glad I have these relics—the Au Go Go website, the little conversation (and guitar picks) the proprietress spares me, the tiny digital footprint of a beautiful band—to fuel this internal (perhaps imagined) heroic status. The rowdy girl in her tassel dress is best saved for my dreams.