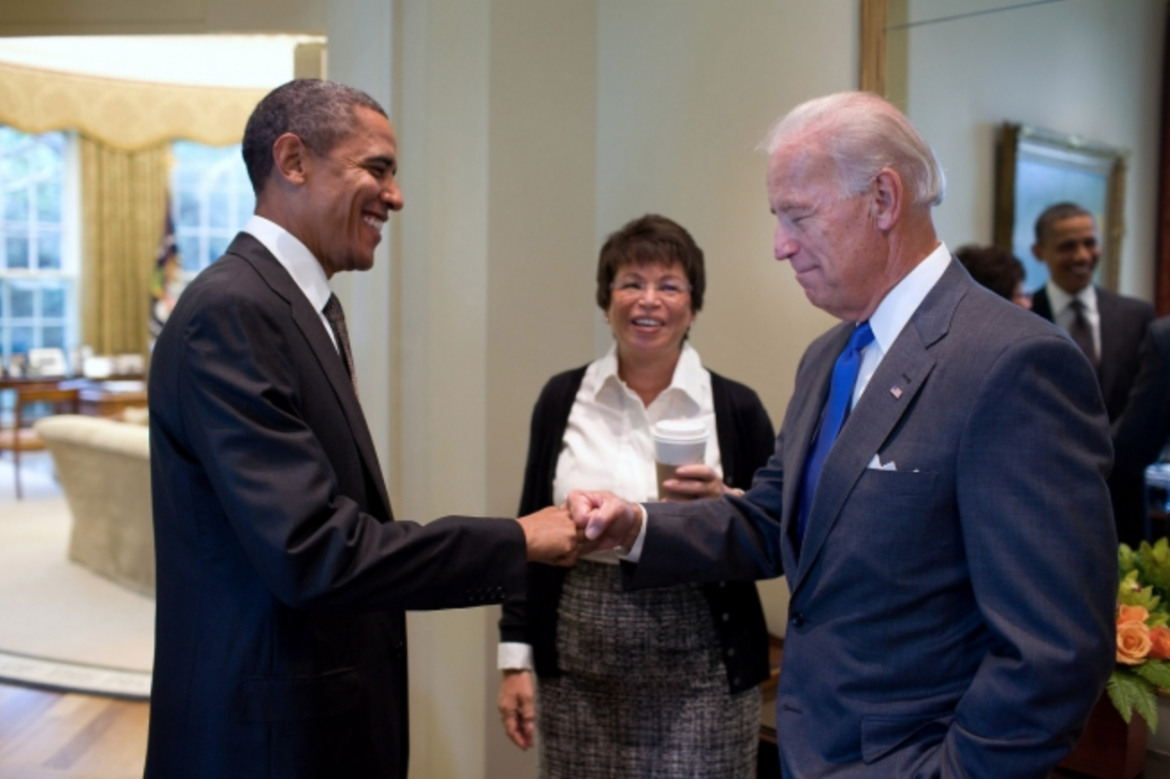 The Economist has a recurring series titled “The World If,” which, hence the name, presents hypothetical scenarios about the future. About a year ago I took my own stab at the genre, and wrote an article that detailed a world in which Mike Pence becomes President after Trump’s impeachment. If you’re interested in reading it, you won’t be able to; Tertium Quids, the Vassar Conservative Libertarian Union’s publication that ran the piece, is no longer online. Today, I’m going to take another crack at the hypothetical, this time to imagine a President Joe Biden as he prepares for the 2022 midterm elections in two years.

It’s a little under two weeks until the 2020 midterms, and Democrats around the country are fighting hard to maintain their House majority and stymie their recent losses in the Senate. Yet, President Joseph Biden cancelled his plans this week to campaign in Colorado, a traditionally purple state—supposedly because of an important meeting with the Joint Chiefs of Staff, though the rumor around Washington is that Senator Michael Bennet asked him not to come. Mr. Bennet, who dropped out of the 2020 Presidential race after a poor showing in the Iowa caucus, was once considered a shoe-in for a second term. But a recent poll puts him neck and neck with State Senator Owen Hill. With the election only twelve days away, Bennet does not have much time to regain that lead.

The Senator has reason to be nervous about Biden coming to visit. Coloradans largely disapprove of the President, who currently polls at 40 percent in the state, a little worse than Obama polled around the 2010 midterms. The reasons vary: moderates fear Biden has embraced socialistic economic policies, progressives don’t think he supports the party’s principles enough. Both sides fear that Washington has grown more and more out of touch. Colorado Republicans have been hammering Bennet about his connection to the President, and the Senator is now taking to a new strategy, emphasizing his independence from the national party leadership.

It’s not just Bennet who’s nervous. With a new CNN poll putting Biden’s approval ratings at 43 percent, he’s become somewhat of an anathema among Democrats running tight races, especially as the party seems poised to lose the House and possibly three Senate seats. The President has lost his groove.

It’s hard to remember how popular he was just two years ago. Despite early faltering, Biden recovered in subsequent debate performances and ultimately won a tight fight for the nomination, choosing then-Senator Kamala Harris as his running mate. It raised eyebrows, of course, considering her viral takedowns of the former Vice President in early debates. Yet, when they took the stage together in Milwaukee in July of 2020, the two former rivals greeted each other like old friends. When asked about the two candidates’ supposed animosity on the campaign trail, staff members for the now-President simply reply: “It’s just politics.”

Biden, of course, went on to win a decisive victory against President Donald Trump, who now tweets regularly from his new estate in Mar-a-Lago. The great former cheeto-in-chief has  been particularly active as of late, making frequent trips up to New York City to support his daughter’s futile run for a Senate seat (she currently stands over 20 points behind Senator Chuck Schumer). Trump constantly threatens that he will make another run in 2024, but his advisors and family say that at this point, his health is just too poor. Even so, Trump keeps meeting with donors.

Ever since Trump was dethroned, the Republican Party has been even more deeply divided: Those loyal to Trump (led by the likes of Kevin McCarthy and Mark Meadows) have been battling it out with relative moderates like Mitt Romney and Dan Crenshaw. Polls show that an overwhelming majority of Americans have an unfavorable view of Republicans, and Washington insiders doubt whether the party will be able to pull it together for victory in 2024. Despite their disunity, however, the Republicans are the clear favorite to take back the House of Representatives, taking a lead even in traditionally liberal areas; one recent poll put Representative Alexandria Ocasio-Cortez, the darling of the left and a symbol of progressive resistance to establishment Democrats, in some danger. Certainly, this is a normal state of affairs around a midterm, but it’s coupled by a deflated Democratic Party, which is not only deeply disappointed by its President, but also intensely pessimistic about the future when it comes to key issues of electoral reform, health care, education and climate change. If the numbers are to be believed, this year is set to be the lowest midterm turnout in a century, and it’s largely driven by Democrats who decided to stay home.

Former White House officials talk of an administration completely lacking in ambition: Biden took the presidency, but didn’t really know what he wanted to do with it. His first few months, he was popular, as he reversed Trump’s policies on immigration, rejoined the Paris Climate Change Agreement andIran nuclear deal, and, in the eyes of many, brought dignity back to American politics. Yet, he’s often been perceived by progressives as being on the wrong side of every issue the left cares about.

Senators Elizabeth Warren and Bernie Sanders have become the figureheads of an anti-Biden left. Both populist politicians are upset over the President’s apathy and occasional hostility towards progressive policies, ranging from medicare-for-all to cancelling student loan debt. The White House claims that their hands are tied so long as the Senate is controlled by Republicans. There is some truth to this: Earlier this year, Biden faced an incredible uphill battle to confirm Janet Napolitano to the Supreme Court after Ruth Bader Ginsburg retired, and struggled to fill any of his key cabinet positions. But, as Bob Woodward writes in his newest, and probably final book, The Silent White House, “The Biden administration has shown a certain reluctance to spend their political capital, and they’ve done their best to make sure no one in Congress spends it either.”

Justice Democrats and other progressives, however, have not been deterred by the administration. They’ve been more active than ever, and while the organization has had some difficulty recruiting Democrats without Trump as the clear boogeyman, some on the hard left have made gains at the state and local level. There’s even been talk that someone may challenge President Biden—possibly Sanders or Warren, though they both fervently deny it. They both probably know, however, that they likely won’t have an incumbent to run against.

Rumors that Biden would only stand for one term have been swirling since before he was nominated, fueled largely by his age, but recently they’ve begun to heat up. With his approval ratings low and Democrats nervous about their ability to keep the White House, it seems more and more likely that he may step down to let someone else take his place. This may be wishful thinking more than anything else. Even through all the rumors, Biden doesn’t seem tired, and he doesn’t act like he’s ready to leave. But, considering his age, he’d have a likely excuse if he didn’t feel like he could win again, which furthers speculation that he might call it quits. Of course, everyone in Washington denies it, but the rumors prevail.

So, as Joe Biden sits in the White House, rather than venturing to Colorado as he previously planned, one must wonder how he feels about his time spent in the Oval Office. Is he disappointed that, after a lifetime spent trying to win the White House, he has no idea what to do with the position he’s obtained? And does Donald Trump, sunbathing and tweeting at Mar-A-Lago, every once in a while look at his successor and think to himself, “What a loser?” In a recent tweet, supposedly sent while eating his last McDonald’s cheeseburger before being forced on a diet, Trump wrote, “Biden the hope and change President?! Please! Polls show I’m the greatest, greatest. My numbers were huge. Biden’s are sad.”

Of course, we don’t know what the future will hold for Biden, Trump, or America, but we do know this: nothing is guaranteed. Whatever happens, it won’t be because it would always be that way. History is driven by engaged actors.

So, dear reader, when you cast a primary ballot, just remember, what would your candidate’s presidency actually look like?