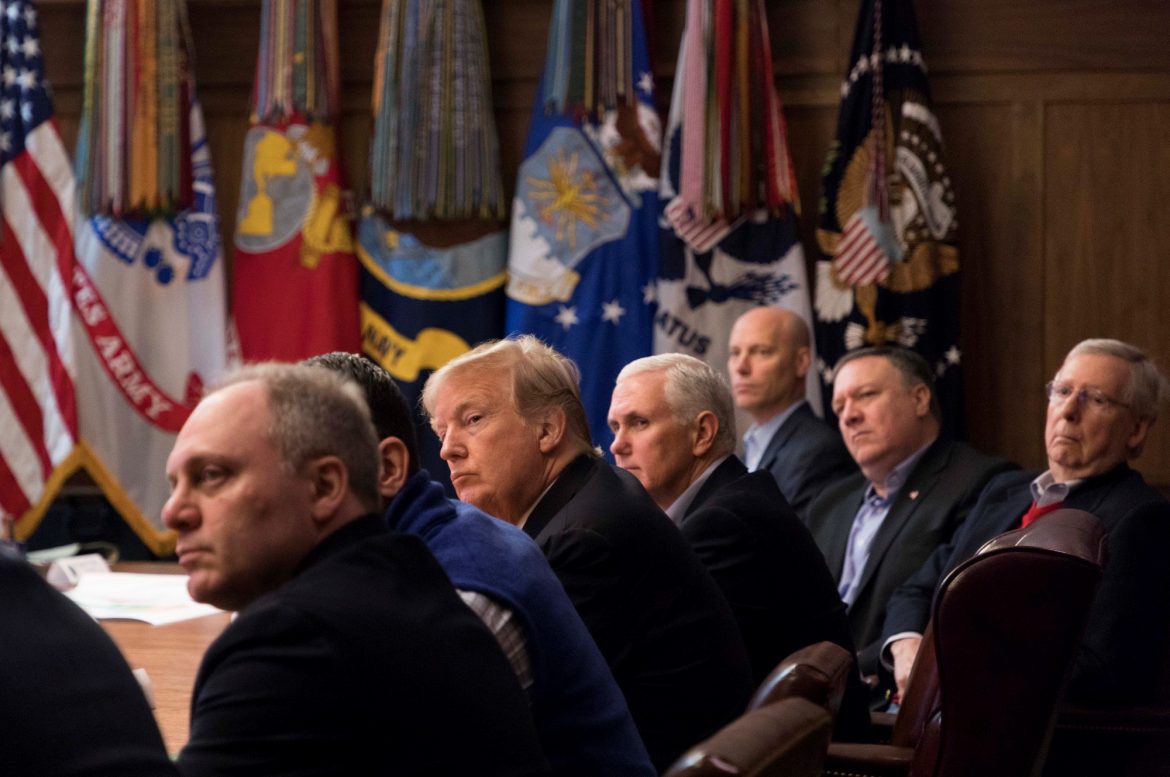 With the recent mass shootings in Dayton and El Paso on our minds, calls for more effective gun control have once again reached a zenith. Obviously, something should be done, but the question remains that something should be. There are many ways to legislate gun control, be it background checks, “red-flag” laws, assault rifle bans, or even more extreme measures. The U.S. has more mass shootings than anywhere else in the world, yes, but it also suffers from an epidemic of gun violence in general, and we need to be aware that what we consider a solution for one type of gun violence may do very little to diminish the harms of other types. It’s worth examining our legislative options, but also vital to note that gun violence and gun culture are deeply rooted in the American consciousness. First and foremost, we must remember that there are problems that cannot be fixed with a swipe of a pen.

The Bipartisan Background Checks Act of 2019 (H.R.8), a relatively innocuous piece of legislation sitting on Senator Mitch McConnell’s desk, requires that when one person wants to receive a firearm from another person, whether as a sale or as a gift, both of those people must go to a licensed firearms seller. That seller will then perform a background check on the receiver of the gun. This closes the so-called “gun show loophole,” by which people who would otherwise fail a background check, usually due to a criminal record, obtain firearms by going to a gun show and buying a second-hand gun. These sorts of background checks are constitutional, relatively popular, and have generally shown to reduce homicide rates.

With that said, even if H.R. 8 is signed into law, loopholes would remain. For instance, there is no background check conducted if a parent or grandparent gives their child or grandchild a gun, nor for aunts and uncles giving to nieces and nephews, nor for spouses giving each other flamethrowers as wedding presents. Another shortcoming is that background checks only address one type of gun death: homicide. To wit, mass shootings, a very small and specific subset of gun homicides, would largely be unaffected by more widespread background checks. Background checks only cover very specific criteria, including previous criminal record, restraining orders, immigration status and a few others. Very few mass shooters would actually set off these safeguards. Suicides, which account for almost two thirds of all gun deaths, would be similarly unaffected.

Another type of gun control, “Red-flag” laws, has recently been endorsed by several senate Republicans. Such laws give the state the ability to acquire a court order to temporarily confiscate the firearms of a person who is deemed, by a clear and convincing standard, a threat to themselves or others. These again are considered constitutional, and in fact are active in a few states. The efficacy of this legislation is doubtful, however, as most mass shooters usually remain undetected by law enforcement until after a shooting takes place. The amount of false positives would also be a concerning factor, because if the goal is to catch the one-in-a-million mass shooter, many otherwise law-abiding people may lose their firearms.

Both President Obama and Senator Clinton have expressed support for an Australia-style assault rifle ban and buyback program. In 1996, Australia banned the sale of certain firearms and bought back those that were already owned by private citizens. The proponents of a similar U.S. buyback point to the fact that Australia has not had a mass shooting since that law was enacted. However, by Australia’s own records, 20 to 60 percent of those now-illegal guns are still in the hands of private citizens. The constitutionality of such a ban and buyback is also suspect. Since the Supreme Court case District of Columbia v. Heller in 2008, the right to bear arms under the Second Amendment is viewed as having a much broader meaning than what was historically understood. Whether an assault weapons ban like the temporary one President Clinton signed in 1994 would be held as constitutional is an open question, when viewed in the light of the more expansive view of the Second Amendment that the judiciary has held since 2008.

Moreover, assault weapon bans in general—be it in the U.S. or abroad—have not shown to have a large affect on gun deaths by suicide, homicide, or mass shooting. Even if the assault weapon ban was effective in keeping guns out of the hands of mass shooters, it remains to be seen if that would actually prevent any crimes, or, as some conservative commentators claim, just shift the would-be mass shooter to another form of spree killing, such as the explosive vehicle used in the Oklahoma City bombing or the poisonings of the Tylenol murders of 1986.

The effectiveness of any of these laws is also likely to butt up against modern technology—and maybe even the First Amendment. For example, there are several online sellers that push “80 percent guns,” a hunk of material that, after a bit of metalwork, becomes a fully functional Glock, AK-47 or AR-15. Even if these sites could be sufficiently suppressed, the designs for the weapons themselves would still be available on the internet. Looking more into into a scary future, the federal government also recently gave up a court case against a company that provided files for a 3D-printed gun. If the government wanted to ban not only the guns, but also the designs, it would have to prove that the designs fit into an already existing exception to the First Amendment, a difficult task that has already failed twice; once in 1999 when it tried to criminalize encryption, and again in 2018 against the previously mentioned 3D-printed gun organization.

Congress also has the ability to amend the constitution, and could in fact repeal the Second Amendment. Doing so would moot any constitutional questions, and allow for all guns of any kind to be banned. This would also bring the U.S. more in line with international standards, allowing the country to adopt what would otherwise be unconstitutional requirements for gun ownership. Proposing an amendment would be the most authentic route, rather than carving away around the core of a constitutional freedom. It would also be a political death sentence, requiring a two thirds majority of both houses of Congress—a pipe dream in the modern political climate.

I believe that long as Mitch McConnell is the senate majority leader, no serious gun control reform will be presented to the President’s desk, whether that be President Trump or one of the current Democratic candidates vying for 2020. McConnell has his party locked in and united in a manner unseen in American politics, and will not capitulate to any Democratic proposals.

With that being said, however, the beauty of American politics is federalism. Your state can implement universal background checks, “red-flag” laws and weapon bans without the need of the federal government. Most states allow localities and municipalities to set even stricter standards than the state. If you really want to decrease gun deaths in America, start in your own backyard. Help suicidal, depressed and vulnerable people in your community. It may not be as glamorous as solving mass shootings in one fell swoop, but the majority of gun deaths are suicide, and I refuse to believe that those aren’t preventable.