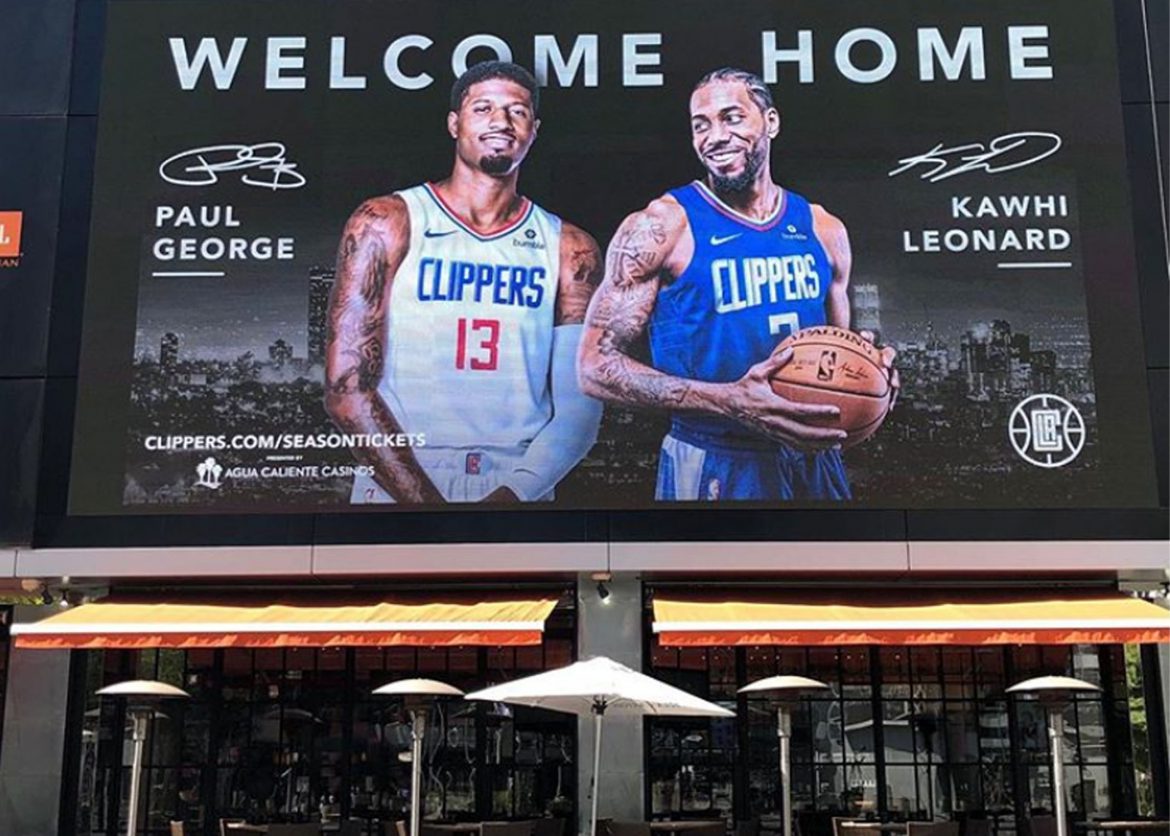 A few months back, I wrote a piece that speculated on whether LeBron James, the great basketball godfather of the 21st century, had misplayed his cards. Did his long-term commitment to the Los Angeles Lakers signal that his hegemony was slipping?

That piece ran just a day before last season’s trade deadline. My assumption, at the time, was that James was a lonely kind of superstar in his quest for self-determination. I thought I knew something about the NBA, but in the enduring words of Michael Franti and Spearhead, “The more I see the less I know.” A lot has changed since then, and today I know a lot less about who really runs the NBA.

My well-overdue realization began with a guy named Anthony Davis. In the middle of the 2018–2019 season, the laissez-faire forward requested a trade from the New Orleans Pelicans. His preferred target was believed to be LeBron and the Baby Lakers, a promising core of young players elusively close to being productive professionals. Lakers GM Rob Palinka, President Magic Johnson and LeBron (in his 16th year) were pressured to make a deal—and soon. All of the Lakers’ tradable talent was offered to New Orleans in negotiations, making for a cringy and acerbic news cycle.

But LeGM couldn’t get the deal done. The trade deadline, Feb. 7, passed, and the Baby Lakers remained in place. NBA Twitter burst at the seams with memes from the perspective of the youngsters anxiously playing with LeBron—after their King had so publicly tried to replace them.

Transitioning from Hollywood to the heartland, we all knew when the ink dried that former MVP candidate Paul George was going to play for the Oklahoma City Thunder for the next three years. Better put, George committed long-term to the Oklahama City Habitual Underachievers.

In my February piece, I argued that signing with an unpredictable team on a four-year deal would keep LeBron in place through the eroding years of his prime, thus allowing the moving parts that were Davis, Leonard and George to determine his fate. Well, looking back on it now, they did and they didn’t.

As of July 2019, Davis and LeBron got what they wanted: a trade to the Lakers. Leonard won a championship in Toronto and signed with the Los Angeles Clippers. George requested a trade, and practically a year to the day he signed a long term deal with the Thunder, he was suddenly a Clipper.

Back In 2017, Leonard was storming the Spurs through the 2017 playoffs. He was averaging nearly 28 points per game until he lifted for a shot in game one of the Western Conference Finals and landed awkwardly on the unnaturally outstretched foot of Warriors center Zaza Pachalia. Little did we know: In that moment Pachulia was the Senator Palpatine that turned Leonard from the quiet, unassuming Annakin Skywalker, to the shadow master Darth Vader.

The next season, Leonard played only nine games. We began hearing from inside and outside the organization that Leonard and the Spurs were bickering. He was cleared by Spurs doctors, but refused to play on his injured leg. A player whose career exuberated dullness and excellence, trademarks of the San Antonio franchise, was now at odds with his team of creation. The legend of the perfect Spur was unraveling, and no one—absolutely no one—could say exactly why.

About this time last year, Leonard was traded to the Toronto Raptors, winding up a doomsday clock set to expire by this summer’s free agency. Without the media catching wind or his inner circle leaking any details, Leonard convinced Paul George to demand a trade to the Clippers. Never before in NBA history had there been a move like that. Sure, players talk with guys who are also about to become free agents, but never has anyone been recruited off a playoff team.

Two moves earned LeBron the reputation as NBA kingmaker. He convinced two free agents to sign with him in Miami. Upon his return to Cleveland, he got their very recent first overall pick traded for Kevin Love. But as far as we know, the deal wasn’t the lynch pin of his return. Leonard walked and chewed gum at the same time. He got his recruitee to demand a trade from a team he just committed to.

The last calendar year of the NBA was enough to send talking heads spinning. Each move is tangled in a web of tampering, recruitment and pre-agency. All this is facilitated by the NBA’s lax tampering enforcement, headed by commissioner Adam Silver, who hasn’t exactly been a martinet on the issue so far.

For better or worse, the NBA’s status quo power structure is now in dire peril. Take the Thunder, for example. Even after years of careful molding by boy genius Sam Presti, OKC were spontaneously combusted by the recruiting of two superstar players.

Presti received well-earned praise for the bevy of picks he secured for George and all-star teammate Russell Westbrook. At best, those 15 first-round picks over the next seven years might yield a handful of stars. But that’s what OKC had with Westbrook, Harden and Durant. None of those players remain on the team today. Not even Nick Collison.

Tanking was once the residence of esoteric basketball nerds. If you weren’t contending or tanking, you were spinning the wheels of mediocrity. Now, in a league undergoing such dramatic power moves, how can anyone rely on playing the long game anymore? In a league so dynamic, why not gamble on a star or two, and just throw your hat in the ring?

As opposed to running the now-anachronistic PR gauntlet of tanking, “retooling” should become the next fad. I dig this idea because it requires a much more competent front office than tanking does. To retool, to fix the projection of your team while maintaining competitiveness, you need a front office that is sure-headed and prepared for the unlikely. Look at the Celtics, the Clippers, the Spurs, the Raptors, the Nets—teams that have completely turned over their rosters from three years ago, while never meddling in mediocrity. The Nets, Clippers and Celtics all signed superstars this offseason, accomplishments due in large part to their hard-earned competence (and occasional luck) as franchises.

The exponential growth of the player empowerment movement doesn’t just mean the complete overhaul of NBA power structure, but also the incentivisation of franchises to actually give a damn about players’ desires and investments. Franchises audition for players too now. Simply having the so-called “attractive city” or “trademark franchise” will no longer get the job done.

If this offseason has taught us anything, it is that situations determine results. One franchise specifically was the absolute darling of media attention all throughout the regular season, a franchise of prestige that conventional wisdom said two stars in particular desired to play for. This franchise has floundered in every department where other franchises have advanced. This franchise’s offseason haul was comprised of no-time all-stars Bobby Portis and Marcus Morris.